Since the beginning of the pandemic, athletes have waited anxiously for announcements about their sports. Every sport has experienced changes – some more than others. Final decisions for winter sports are pending, and will hopefully be released soon.

The Massachusetts Department of Elementary and Secondary Education (DESE) has issued a statement outlining their collaboration with the MIAA and has presented it to the Sports Medicine Committee of the MIAA. “Each sport has its own committee, so any changes or recommendations are tailored to fit each sport,” Mr. Capotosto states. Then, the Sports Medicine Committee made their recommendations to the MIAA COVID-19 task force. Finally, the MIAA and DESE met to approve the finalized plan and submitted it to the MIAA’s Board of Directors (BOD) for final approval. Mr. Capotosto explains, “The MIAA sets the standards, and school districts can then add to them as needed.” On November 20th, the MIAA board of directors signed off allowing most of the winter sports to continue with the necessary safety guidelines in play.

“Some decisions have already been made,” says Mr. Capotosto. “For example, wrestling, indoor track and competitive cheer were moved to the fall 2 season ,” and all other winter sports will be postponed until January 4th, 2021. It was also recently decided that girls ice hockey will not be playing this winter, and swim meets will now be virtual. “The Pioneer Valley Interscholastic Athletic Conference (PVIAC), decided that no sports will start until January 4th at the earliest,” says Mr. Capotosto. All sports other than wrestling are expected to move ahead with restrictions in place.

As always, there is a chance that winter sports could be canceled altogether. “The rules, of course, could be changed at any time,” says Mr. Capotosto. “We’re constantly monitoring the cases and information, both at a state and local level. However, cancellations would only occur if there is a significant change in information between now and January.”

Most sports will move ahead with significant modifications. For example, basketball will have coin tosses instead of jump balls, no halftimes, no huddles, and no players are permitted to assist other players when they fall or are injured. Colin Hoffman, a senior boy’s basketball player says, “growing up, we were taught about the value of sportsmanship and friendship – helping our teammates. It feels weird that we aren’t even allowed to help them up on the court now when they fall.” However, he continued, “I am really excited to have a chance to even play.”

Other students seem to agree. “It is going to be an unusual season, but we are going to make the best out of it,” says Grace Levin, senior girls’ basketball player. “As long as everyone follows the rules and adheres to the guidelines – I think we can have a safe season.” Grace also shares her thoughts about the modified fall season running cross country, saying that “it was different, but exciting to be with friends in-person and nice to be able to participate.”

Girls basketball coach Mr. Tim Allen echoes the students’ sentiments about safety, as well as the value of in-person athletics. He says, “I think I speak for all coaches when I say we need to put safety before anything else. This season is going to be really different, but everyone will be excited if we are able to have a season despite the pandemic.” Coach Allen also shares additional protocol that will be followed in basketball, stating: “The basketball will be sanitized every quarter, players will sanitize hands before and after playing, there will be no inbounding the basketball under the hoop, and free throws will be modified.” Coach Allen anticipates many students will play, but projects that there will be some who will choose to sit this season out to be cautious.

The Longmeadow School Committee and administration have been in close communication with high school administrators and coaches to plan for the winter season. “We want to do whatever we can to help students participate in athletics – safely,” says School Committee member, Susan Bell. “Going from fall sports, most of which were outdoors, to indoor sports in the winter is the biggest challenge, but we are hopeful for a safe season. Soccer, for example, was an outdoor fall sport and students were not allowed to touch the ball with their hands at any time. It will be difficult to provide that kind of security with sports like basketball, where contact is inevitable.” Seeing as the committee already voted in the fall to go ahead with all athletics for the year, the meetings concerning winter sports have been more informational. The town decided that all LHS athletic teams will not be competing with communities in the areas deemed “red,” meaning the ratio of cases to population are significantly high. This decision will be revisited next month. At the meeting, Principal Thomas Landers noted, “If we don’t play in the red, we won’t be playing many teams.” However, athletes safety is priority, and the town agreed that “red” communities should be avoided as much as possible.

This winter season will certainly be unlike any other. But athletes, coaches, and administrators are thankful to be able to have a season at all. Simon Higgins, senior captain on the boys hockey team sums it all up: “We’re optimistic…the delay isn’t ideal, and the season definitely won’t be the same as what we’re used to, but we’re all just excited and grateful to be playing.” 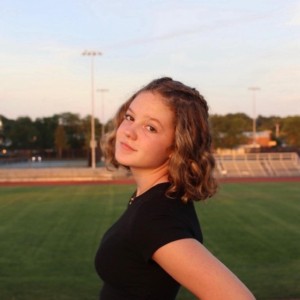 As the end of the year approaches, students dread the