As the Longmeadow Police Department (LPD) works to keep the tools it uses to protect the community up to date, this year the department purchased two new vehicles. Conversations with Police Chief Robert Stocks and Select Board member Mr. Mark Gold yielded some interesting facts about police vehicles that many townspeople may not be aware of.

Mr. Gold explained the process of purchasing the new police vehicles the LPD and the Select Board go through each year: “The police budget calls for the purchase of two or three cars every year as part of their “fleet” of patrol vehicles.” The budget this year, which was approved by the Select Board, was $75,000. “The question really was is this a two-car year or a three-car year?”

“Unlike other major purchases by the town (called capital purchases if they’re over $10,000 and last more than five years) police vehicles are considered expenses,” says Mr. Gold. This means that new police vehicles are paid for out of the current year’s operating budget, because they don’t last more than five years. Mr. Gold also notes that there was no pushback to the LPD’s request to purchase these new cars. “Chief Stocks and his whole team really know what they’re looking for in a vehicle,” says Mr. Gold.

One of the department’s new vehicles is a Ford F-150 pickup truck. Though most people may not be used to seeing the police driving a pick-up truck, Chief Stocks says a truck can perform many important duties the older Police Utility Explorers couldn’t, such as towing traffic trailers, collecting large items like bicycles and traffic cones, and allowing officers to patrol areas inaccessible to standard cruisers due to ground clearance limitations. The pickup truck cost $36,000 to purchase.

The truck also has the capability to transport officers and equipment to the state-mandated firearms training, which officers must attend four times a year. Chief Stocks says that, prior to the acquisition of the pickup, Police Utility Explorers were unable to transport the required equipment (six foot target frames, ammunition, safety gear, etc.), so police officers who owned trucks had to volunteer their own personal vehicles to transport the equipment to and from the trainings.

Another option was to call the Department of Public Works (DPW) to assist. However, calls in the evenings and on weekends resulted in a delayed response and cost to the town to pay for hours overtime if the DPW responded outside of normal business hours. This is no longer an issue now that the LPD has the pickup truck in their fleet.

The second new vehicle is the town’s first hybrid police cruiser. Chief Stocks says many residents supported the LPD in considering hybrid vehicles that might return cost savings through reduced fuel consumption. The purchase price of this vehicle, without emergency equipment, was $39,000––approximately $4,000 more than a standard Police Interceptor vehicle.

Based on Ford’s published data, a regular Ford Interceptor should attain 17 MPG, whereas a hybrid model is rated up to 24 MPG. But Chief Stocks cautions that the practical, everyday use of police vehicles usually results in lower than optimal gas mileage.

“The reality is that this figure does not take into account a vehicle which is idling,” he explains. “When a cruiser is idling, it is consuming fuel while accruing zero mileage––lowering the average. This, coupled with the often rapid stop-go driving during emergency response, affects fuel consumption. Therefore, our fleet’s ‘real-world’ MPG average is lower than the manufacturer’s published figures.”

Chief Stocks says, “While this may not seem like high mileage…it is important to remember that our vehicles are in service (running) all day, every day…Studies indicate one hour of idling is the equivalent of 25 driven miles when calculating wear and tear on the engine. For example, our traffic enforcement cruiser currently has 97,000 miles and a total of 9869 engine hours. That means this vehicle’s engine has run the equivalent of 246,000 miles.”

A few years ago, Longmeadow became a Green Community. Mr. Gold shed some light on what this title entails: “Adopting green community standards involves a lot of things, from stricter building codes to an agreement to make our fleet of vehicles more energy efficient and carbon neutral…Moving the police fleet to hybrid cars was one of the requirements of this designation, but hybrid police vehicles that meet Longmeadow’s requirements have not been available until recently. Most hybrid police vehicles have been Prius and Leaf models used by cities for parking patrol.  The availability of Ford Expedition Interceptors (police vehicles) in hybrid models is quite new,” says Mr. Gold.

Mr. Gold says that he too supports the purchase of the hybrid police cruiser as a greener option for the community. “I personally have a hybrid car, I think they’re the right thing to do. Especially when you see these police vehicles all the time just sitting around idling, or burning gas that they don’t need to.”

When asked whether he would like to see more hybrid cars in the police fleet in the future, Mr. Gold responded, “If it lives up to the expectations that we have for it, yes. I think hybrid police cars are relatively new…and the police department’s going to find out if it meets our needs.”

Mr. Gold admitted that although the hybrid car was the greener choice, it was also a more expensive choice. But he says the main question for the town is: “Does it pay back? Not only does it pay back in terms of the environment, but is there really a financial payback?” Mr. Gold says that he believes this will become more clear over time, and that Chief Stocks is expecting to get much better mileage on this hybrid vehicle.

“This is the first year that he [Chief Stocks] really believed that there was a hybrid car, according to Ford, that could meet the requirements of the Longmeadow Police Department,” says Mr. Gold.

The LPD recognizes that Longmeadow is facing financial stress due to Proposition 2 ½ and the tax ceiling issue. It made a cost management decision to join a regional dispatch group––removing their full-time dispatchers in 2019. “This restructuring reduced our overall budget and equates to a cost savings in excess of $300,000 each year for the town,” says Chief Stocks. “Our hope is that all town departments follow our lead and implement initiatives which will benefit the town and reduce costs associated with their respective functions.”

Mr. Gold says that these new vehicles were necessary purchases. He reminds us that the LPD “goes through police cars like you and I go through shoes.”

“They’re not replacing last year’s cars, they’re replacing the cars they bought five years ago or six years ago, that have 75,000 miles on them or burning oil like crazy,” says Mr. Gold. “These things are used and used up.

“When it comes to the LPD vehicles, my goal is to be fiscally prudent and fuel efficient while at the same time provide my officers with safe and reliable vehicles so they can successfully perform their job,” says Chief Stocks.

What the Coronavirus Economy means for students: What Does It All Mean? Economy During The Coronavirus Outbreak And How It Affects Students 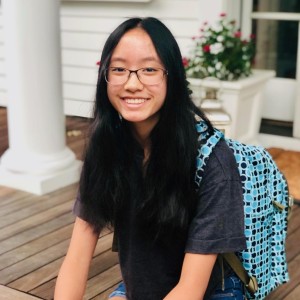