This was nothing less than a military coup. A coup that was carried out even though a democratic solution had been decided upon only hours before. No matter what political affiliation you identify with, Liberal, Conservative, Social Democrat or Socialist, you must recognize that this was a coup, and not some win for Democracy as many Western/English speaking media outlets have stated.

Even if you believe that Morales was an unpopular leader who wouldn’t have won the elections (Which the facts suggest you would be wrong about) the fact still remains that using the military to remove the democratically elected interim president of a nation is undemocratic, and even if you believe that it was wrong for Morales to run for a third term, then if the Bolivian people felt the same way they could have just removed him from power in the proposed elections. This was in no way an act to save democracy as the Bolivian opposition claims, but a coup carried out by the Liberals and Conservatives of Bolivia who knew that they were going to lose the election to Morales and his Indigenous Socialist party.

Why did this coup happen? To understand that question, we must first understand the history of the South American country. In the 1500s, the native Aymara and Quechua people of Bolivia were colonized by the Spanish Empire who formed the land into the colony of Upper Peru. When the Spanish Monarchy was removed from power in 1809 by the French, Bolivians took the opportunity to wage a war of independence against the Spanish, and by 1825, Bolivia was an independent nation. The Revolution was mostly lead by the White/Mestizos (mixed) Land owning and Merchant class, hence they were the political and economic leaders of the young nation. This was the case for about the next 200 years, where Bolivia was an Apartheid state, where only the White, Catholic minority (about 20% of the population) was allowed to live in Bolivia’s cities, as opposed to the indigenous people (about 80% of the population) who were forced to live in poverty in the Bolivian Highlands and desert. This all changed in 2006 when Evo Morales was elected as the first indigenous president of Bolivia. Morales, a member of the Aymara people, was a member of the Movement For Socialism Party, which espoused the three main points of indigenous rights, anti-imperialism, and environmentalism. With these three principles in mind, Morales was able to create a booming Bolivian economy, and increase Bolivian living standards more in 12 years than had been done in the previous two centuries.

If all this good has come out of the Morales presidency, why do the Bolivian right, United States, and Organization of American States all oppose him and his administration? Each group has a bit of a different answer.

For the Bolivian opposition, the main answer is Racism. This can be seen in one of the self-declared Bolivian President, Jeanine Áñez’s, tweets, in which she says: “Qué año nuevo Aymara ni lucero del alba!! satánico, a dios nadie lo reemplaza!!” translated: “I hope that the Amyara (one of the 2 main indiginous groups of Bolivia) new year never sees the light of day!! They are satanic, no one replaces god!!” This quote (along with the fact that Jeanine Áñez first entered the Presidential palace with a massive Bible, as to ward off the evil Indian spirits left behind by Evo Morales) suggests that the Bolivian opposition hopes to return Bolivia back to the way it was before Morales was elected, when the White, Catholic minority ruled over the country and the Native peoples were confined to impoverishment in the countryside.

As to why the United States supports the coup, the answer is a bit more complicated. As stated before, one of Morales’s main points was anti-imperialism, which he did by forging stronger trade ties with other anti-imperialist Latin American Nations such as Cuba, Venezuela, and Nicaragua, as well as Nationalizing the Lithium industry. Before Morales was elected, most of the Lithium mines in Bolivia were controlled by U.S. and Canadian corporations, who need Lithium for electronics such as phone batteries and electric cars (yes, that means Cybertruck). Therefore now that Morales has been removed, the new Neo-Liberal Bolivian government will most likely implement policies that will benefit U.S. corporate interest at the cost of the Bolivian indigenous community (who we have already established the Bolivian Right does not care about).

The Organization of American States supports the coup for largely the same reasons as the United States. This is because ever since its founding in 1948, the OAS has received about 70% of its funding either directly from the U.S. Government, or from American institutions. Therefore, I think that Fidel Castro said it best when he said, “The OAS is nothing but an extension of Yankee Imperialism”.

In conclusion, the popular and Democratically elected first Indigenous, Socialist President of Bolivia has been forcibly removed from power and exiled to Mexico by an alliance of Liberals, Conservatives, and Christo-Fascists who wish to return the nation to an Apartied state, with at least passive support from the United States and OAS. If you are a Liberal or Conservative

Who supports Morales’s removal, please at least have the honesty to admit that you don’t care about Democracy, and your only goal is the preservation of Capitalism. However, if you are a Liberal or Conservative who actually cares about democracy at all, please let the coup in Bolivia show that when push comes to shove, those who espouse, “Individual Freedom” and “Liberal Values” will turn hostile towards these ideals, and to Democracy as a whole if the ruling order is ever threatened. 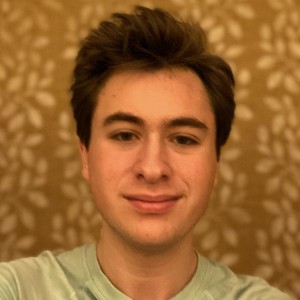 Opinion Editor
My name is Mitchell Brecht and am a junior at Longmeadow High School. I love to run and I run for the school’s cross country team as well as the outdoor track team. I love history and politics, and therefore spend a lot of my time studying those subjects. My position at The Jet Jotter is an opinions writer and the main focus of my articles is a materialist analysis of historical events and world politics.

Longmeadow High School was ranked #1 for “Best Places to

This Monday, March 8th, students in 10th grade in Cohorts

LPS has been approved by the state for the pooled

Hidden in the Massachusetts General Laws lurks a property tax