Twitter’s and other technology companies’ bans on Trump revealed our oversight towards social media and public forums. As the student press who enjoy the fundamental freedom of speech, we think it is important to call out the lack of regulation in place for social media companies, which has caused the privatization of censorship. We argue that it is not the job of private companies to protect our national security through extra-judicial censorship. It should concern everyone that a few unelected executives wield unchecked power when it comes to moderating content.

Let us preface our criticism by clarifying that Trump’s actions have been despicable. For years, he has abused his position of power and more recently has knowingly spread disinformation. While publicly calling the election fraudulent and inciting his supporters to intimidate lawmakers through violence, under oath his lawyers were forced to tell the truth that “this is not a fraud case,” “we are not alledging that anyone is stealing the election,” and that his lawyers know their own sworn testimonies to be inaccurate. Trump’s lawyers knowingly filed lawsuits based on a logical fallacy, the argument of ignorance –since a testimony can not be proven false, it must be true, then acted surprised when they did not win court cases. Misleading supporters and sowing doubt in our democratic institutions amounts to state sponsored propaganda and borders on treason. We commend the politicians who had the courage to publicly condemn Trump for these actions and have defended our democracy from the most brutal domestic attack it has ever experienced.

Our first criticism hinges on the unequal application of those rules. The decision to ban President Trump from social media was a decision based on rules and made by people we do not know. As an example, social media has allowed accounts associated with coronavirus disinformation to remain active. Supporters of the ban point to Trump violating the guidelines, but he had violated them before and has not been banned till now. Some people had to pull the trigger and make the decision to ban him. If social media companies are expected to moderate their content, they act more like a publisher, and as such should be held accountable for their decisions much like newspapers are held accountable by law for the decisions their editorial boards make. Most social media platforms do not wish to be publishers but instead public forums, which we believe are crucial in today’s fight against oppressors and for human rights.

In America we enjoy the freedom of openly criticising the government, a liberty not present in many if not most countries. Over the past few years these platforms have been used for good by pro-democracy protesters in Hong Kong, anti-regime protesters in Eastern Russia, and the Arab Spring protesters in the Middle East, to name just a few. In quasi-democratic regimes, the only way for suppressed activists to expose corruption, solve inequalities, and organize is through public forums found on the internet. We find it concerning that the same activists focused on solving inequality and fighting oppression are championing this decision just because it appeals to their beliefs this time. The precedent social media companies have set is that they will take down content that sows doubt in democratic government. While in the narrow view of the western world this makes sense, applied to the rest one can see how this precedent can be abused. There is nothing stopping the CCP or Putin from forcing platforms like YouTube to take down videos that question the validity of their elections or encourage protests. For years now dictators have fought to do exactly that, but now they are helped by the argument that even the President of the U.S. was not immune to a platform’s rules. Obviously elections in these regimes, MUST be questioned, since elections there ARE fraudulent, but who should be the one to make that distinction? The question also remains, how do we prevent disinformation and inciting of violence?

Tech companies should not become quasi-governmental when moderating content, since their decisions are driven by maximizing revenue, user engagement, and profit. While you may agree with this specific decision of banning Trump right now, what happens when a different situation arises where you do not agree with the decision set out by a private company? Moreover, we risk increased polarization when platforms are created to intentionally cater to a political viewpoint, a process that has already begun with platforms like Parler. Instead, it is time for our representatives and delegates to revisit libel laws and Section 230 to create processes for how platforms that claim to be a public forum can be moderated. Public forums should not be held accountable and punished for the speech that is expressed on their platform rather the people who engage in harmful rhetoric should be held accountable through a clear democratic court process. Social media should still be held accountable for harmful content that is amplified by their algorithms.

Our government is hopelessly behind on technology and the internet. Companies, government, media, NGOs, and journalists must collaborate to protect the freedom of speech, setting an example for the rest of the world and encouraging freedom worldwide. These technology companies were able to force the President to concede to the results of the election, something hundreds of elected officials and members of his own party could not do. While we champion that success, it brings to light the immense unchecked power that a few Silicon Valley executives have over our democracy, and should be concerning to everyone. This precedent could also be abused by regimes to silence opposition. After the horrific attack on the Capitol, the unified government has a mandate to act decisively by setting clear guidelines and processes to help protect the rights of social media platforms and the people. 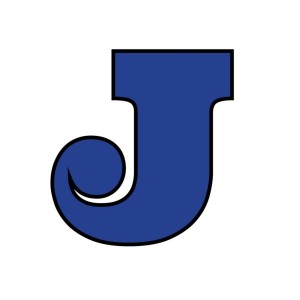