As many of us have heard from recent news, our country doesn’t have the best relation with China… or, do we? Tweets and comments from our President, along with a contradicting series of events, has led to confusion across America as to what we really are doing with China.

The trade war, as it is commonly called, is a series of trade alterations between the U.S. and China resulting in heavy tariffs and retaliation on both sides. It really began to kick off in May and June of 2018 with tariffs from the Trump administration justified by the protection of American technology. The Chinese retaliated, and the Americans threatened to impose more tariffs if the Chinese retaliated, and so it goes on.

This trade war between the two largest and most powerful economies in the world, as reported by CNN, could “ripple around the globe.” But, this leaves the question:

How far does this ripple effect go?

In one of America’s oldest states and oldest regions of New England, a place that predates our revolution by more than 150 years and hasn’t seen war in centuries, lies Western Massachusetts. This, along with our country’s strength and prosperity, gives off the idea that we are untouched by the world’s affairs.

However, this trade war does have real world implications. For many American and Chinese companies alike in Western Massachusetts, these implications can be devastating.

Interviewing spokeswoman Lydia Rivera of the Chinese Rail Design and Manufacturing Company CRRC, one of the largest locomotives manufacturing corporations in the world, we found her to be quite proud of their accomplishments and connections in the region. The CRRC facility in Springfield, employing 179 employees in a “unionized workforce,” contributes much to the region’s economy and manufacturing. Rivera claimed the trade war had “affected the CRRC personally” because of the train car shells that are imported from China. The 25% tariffs hit them, and Springfield, pretty hard. She says it is a “cost to the riders” because “ultimately the people that would pay for these are the taxpayers.” She claims the tariffs won’t only have backlash on CRRC MA, but on the local economy as well.

Meanwhile in East Longmeadow, William Gagnon of the family-owned Excel Dryer Inc. is benefitting from the tariffs. According to Reuters, William Gagnon hadn’t been able to compete with the cheap parts from China until the trade war came. He said that he would “actually be willing to pay a little more for U.S.-made,” but because of the tariffs it’s now cheaper to buy U.S.-made parts.

In an interview, Representative Brian Ashe points out the negatives of the tariffs, “they definitely stifles some business’s opportunities and confidence. People get worried and they don’t want to make a move because they’re not sure of the certainty of it.” He notes specifically how they slow expansion and catch many companies off guard. Rep. Ashe says, “if you’re watching the news you might think, ‘Oh well that doesn’t impact me’. Well, it does impact your life. if you were working at a company or if you’re looking for a job, it could be your husband or your wife or your kid or whoever works at that company, and all of a sudden they say, lights out, we’re shutting down. Well now all of a sudden we’ve lost employment because of that. Or we’ve lost the opportunity for growth here because they’re concerned with the tariffs. So they’re not going to expand like they were. They’re not going to hire more people like they said they would.”

That’s the thing with tariffs. Love them or hate them, they encourage some companies and halt others. At the end of the day the fact of the matter is that two economic titans are duking it out, and if this fight can be as impactful on Western Massachusetts as it is, some aspects can weigh out others. Time will only tell where these go next. 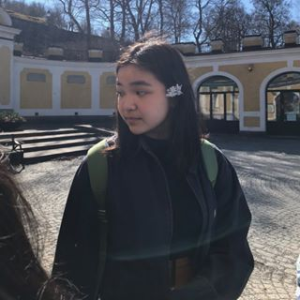 “Calculus is trivial”. The phrase doesn’t even make sense. How

“Under normal circumstances, people would probably not notice much [of

“‘One size fits all’ does not fit when it comes