LHS seniors took us back in time in the annual senior class play in November with the hit “Back to the 80’s,” a play featuring live music from the pit, dancing, singing, and acting. Spanning three show dates on the 21st, 22nd, and 23rd, seniors got prepared with denim and scrunchies to put on back to back stunning shows. “I loved the play and the opportunity it gave students to shine and display their talents. So many impressive performances and highlights – Maurice Powe jumping up on the desks and showing off his dancing and singing chops and Varsha Athreya blowing the crowd away with her vocal prowess were two highlights that stand out. There were many more to be fair.” Says Principal Landers.

Adapted from the original musical written by Neil Gooding in 2004, “Back to the 80’s” features senior class members from William Ocean High School and their escapades throughout their high school experience. It tells the story of Corey Palmer, played by Noah Desmarais and Daniel Madden, a teenager madly in love with sweetheart Tiffany Houston, played by Lanelle Garcia. Now in his 30s, Corey reflects on his younger self and his bid for senior class president with sidekicks Kirk Keaton and Alf Bueller, played by Esther Muhlmann and Salvador Vega. However, Corey’s chances at winning class president and his shot at Tiffany are ruined by Michael Feldman the class jock, played by Wynton Jarvinen. Along with other main characters such as the sassy Cyndi Gibson played by Vivienne Yang, Feargal McFerrin III played by Nate Sullivan, and Eileen Reagan played by Varsha Athreya, the senior class worked hard practicing countless hours during the weeks leading up to the premier. Rehearsals started during the last week of October led by director Salvador Vega and went late into the night during the so-called “hell week.” However, this did not deter students and one of the dance choreographers Maeve Shea says that the play “was a huge success” even though she “didn’t think we were going to have enough time to pull everything off” but was “pleasantly surprised with the outcome.” Senior Maurice Powe, otherwise known as Mr. Cocker, also had similar opinions; he thought “the play went very well, we had a lot of fun and put together something we enjoyed.”

When asked what they liked best about the play, senior Lanelle Garcia, who played Tiffany Houston, says that “it allowed me to bond with people in my class that I wouldn’t have normally talked to” and feels that she “was jamming and dancing with my friends the whole night.” Principal Landers also had some highlights from the play as he says “hearing our own students play the score and accompaniment was a highlight for me” and gives “kudos to the preparation and work of the actors, directors, set designers and stage crew. It was an impressive accomplishment for all involved.”

And as for next year? Junior and class of 2021 secretary Maksim Tonyushkin says the class officers have “learned a lot from the seniors” and “want to make sure [they’ll] be ready for next year.” Mr. Dunkerely, LHS Assistant Principal, says because of the play he gets to “see kids in a different way… it’s just awesome” and was “very impressed by what [the seniors] did.”

And as the end of the year steadily approaches and the senior class is wrapping up applications, it becomes clear that the class of 2020 has left their mark on LHS with a talent-filled play, put on through countless hours of hard work and many moments of bonding. The seniors, while most likely getting excited to head off to college, are “going to be missed when they go!” according to Mr. Dunkerley. 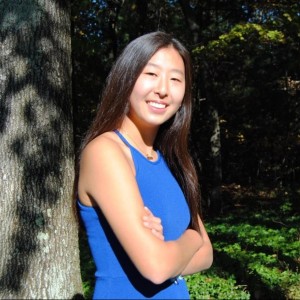 Longmeadow High School has in recent years added a more

Nearly two years ago, a group of environmental and climate

On February 5, LHS Junior Owen Dziergowski sat in a

On November 5, 2021, the Longmeadow Girls soccer team was