Longmeadow High School’s female and male cross country teams, though separate on paper, accomplished a plethora of feats this past fall together; it was a year that distinguishes itself from all others.

Both teams finished first in their leagues (PVIAC), capping off undefeated regular seasons with victories over Amherst. Both championed over all other teams at the PVIAC league-wide meet, finished third at the sectional finals, and wrapped up their dominant seasons placing sixth in the MA Division 2 state finals.

For the girls’ team, their success sprouted for a variety of reasons. Senior Hannah Rooney highly praises the coaching staff, remarking that “We definitely couldn’t do this without Kerv and Smith,” referring to Ms. Christine Kervian and Ms. Marianne Smith. She elaborates that “those workouts [by the coaches] that we think really wouldn’t pay off, definitely paid off.” Rooney also describes the work ethic of her teammates, freshman through senior, as “incredible.”

The victories of the female cross country team will impact the program for years. Rooney says, “We really set an entirely new standard.” The victories have “made us a huge threat in Western Mass for cross country, which has never really happened before,” Rooney explains.

The success also improves the recognition of the team. According to Rooney, “I’ve had people come up to me…and they’ll be like ‘Congratulations’… Hearing those words are so nice because you’re finally getting the recognition that you deserve.”

The success of the boys team also resulted from a variety of catalysts. “Our success this year for sure came from the development of a work ethic and sense of camaraderie that we seniors have contributed to over the past four years,” comments Senior Edgar Gebhardt. According to Senior Peter Preston, “The varsity runners will run between 200 and 300 summer miles each.” Their work ethic spreads across the entire team, though, translating to a diversified slate of contributions. “Because we have so many guys [able to perform at a high level], it’s why we’re able to win,” Senior Zach Elfman while explaining the difference between this year and prior ones. The contributions of coaches Mr. Jim Flaherty and Mr. Mark Staples also soundly resonated during conversations with the players.

The magnitude of importance of these victories is immeasurable for the boys team. Elfman describes it as “setting a new standard,” in addition to expressing his sentiments regarding the idea that instead of aiming for PVIAC championships every season, the team should carry with it state title aspirations. Preston adds, “We hope this creates a winning culture for us.”

These victories also finally brought “the recognition that we have been searching for four years,” explains Gebhardt. He adds that it is “the redemption of a sport that is often critically underlooked and underappreciated.”

Not only will these recent victories establish a winning culture for the LHS Cross Country teams for years to come, but also leave the players with memories and lessons that will never be forgotten. Rooney says that “It [the cross country success] really taught me that I need to work harder if I want to succeed.” For Gebhardt, “All of the events are super fun, as you get to spend a whole day with some of your closest friends.” Preston adds that “It is probably the highlight of my high school career so far.” Zach finishes, “It’s definitely important to me to be a senior captain, and take such a big role…on such an incredible season.”

This string of recent successes will, and already has brought forward the much-needed recognition to the ultra-athletes of the cross country teams. After all, as Rooney describes it, “A lot of people don’t realize how hard 3.1 miles racing is on your body.” 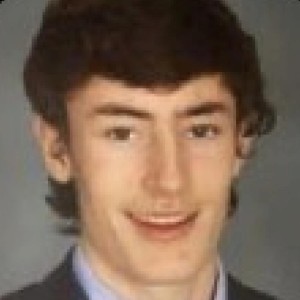 Sports Editor and Business Manager
My intellectual interests fall in the areas of math and business; classes I enjoy include calculus, statistics, and macroeconomics. Post-high school, I plan on pursuing a degree in some combination of business analytics, entrepreneurship, and mathematics. Outside of school, I enjoy playing hockey and tennis for LHS. I also often spend time with my Family; we watch movies and Survivor, play board games, and go on road trips. My favorite movie is Donnie Brasco with actors Johnny Depp and Al Pacino. My favorite TV show is Outer Banks, and favorite book is A Prayer for Owen Meany.