On February 5, LHS Junior Owen Dziergowski sat in a room filled with every senator in the country, some presidential candidates, and Chief Justice John Roberts. Owen was in D.C. with the Students Against Negative Decisions (STAND) club attending a Community Anti-Drug Coalitions of America (CADCA) convention, and had no idea he would be chosen to attend President Trump’s final impeachment trial. Ultimately, the Senate voted to acquit President Trump and not remove him from office.

Senator Markey’s office gave the STAND club two Senate Chamber tickets, and Owen’s name was randomly selected as the student who would attend the trial. In middle school, Owen says that he was a Trump supporter because he followed what his family believed. “As I’ve grown and come to the high school and formed other opinions, I’m no longer a Trump supporter,” he says, “since I came out [as bisexual] recently, I’ve been more involved in politics because I do not like the way the Trump administration deals with LGBTQ rights.” Owen says that he is liberal-leaning and identifies as an Independent but agreed with some things that Republican Senator Lindsay Graham said at the trial, “he said that this impeachment has just become almost like a game of Democrats versus Republicans, and it shouldn’t be like that. It should be about if president Trump did commit criminal crimes against the country…If you look at the evidence, it pretty much favors almost treason towards the country.”

At the trial, Republicans sat on one side of the room while Democrats sat on the other. “You could see the intensity. I mean, segregating the entire Senate between Democrats and Republicans- you’re going to see this tension. And then knowing that this is going to determine the fate of the country, the tension increases a whole lot more,” says Owen.

A moment that inspired Owen is when Senator Mitt Romney voted that the President was guilty. “Mitt Romney turned against his entire party. That takes guts and bravery to do. But he knew that deep down he needed to because he could tell his grandchildren that ‘I did what I could’ and he did do what he could.” Owen says that at the end of the trial Chief Justice John Roberts thanked everyone and said he hoped they could all meet again on better terms, “I liked that human side of it. It was refreshing and it kind of changed my point of view on what Congress is really like. It’s almost like the [Republicans and Democrats] came together at the end. They both showed each other respect and I appreciated that.”

As Owen was leaving the Capitol Building he says a man ran up to him, pushing against the line and saying, “Hey, come back to me. Is the trial still going on? What happened? What happened?” Owen told the man the trial was over and that the President had been acquitted. “After I told him that, I’m seeing ‘President Trump acquitted’ on all these news sites on my phone and I was like oh my god, I was just there for that. It was just this surreal moment.” Owen says, “It was a really memorable experience and it will live with me forever that I got to see history happen right in front of my eyes. Obviously we’re all seeing it, but I got to see it in person in this place where so many historical events have taken place.” 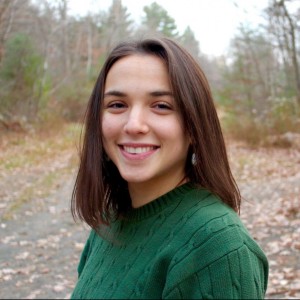 Every morning on January 5, LHS junior Christian Ortiz can

Boy’s Soccer Team Meets with Rep. and Senator After First Ever State’s Win

“It’s important to learn other cultures so we can grow,

At a school that offers 165 courses, with an 8-block