On March 10, the School Committee approved Statements of Interest (SOIs) for Longmeadow’s middle schools to be forwarded to the Massachusetts School Building Authority (MSBA), saying that the middle schools are not up to standards and asking the state for assistance in building a new middle school. As of now, “it is impossible to determine the financial impact until we are accepted into the MSBA program,” says Mr. Thomas Mazza, Assistant Superintendent for Finance and Operations at LPS. Superintendent Dr. Marty O’Shea explains that the program we are applying for “is a grant program where the MSBA will pick up a significant portion of the cost. There are communities that do it on their own that pick up 100% of the cost, so it makes sense to work with the state and their building program.”

“We feel that [the MSBA program] is a better way than going down the renovation route, where we’d have to pay for it all ourselves, not knowing where that money would come from,” says Mr. Armand Wray, School Committee Chair. According to him, merely renovating without financial help from the state would “just be addressing short term solutions for a long term problem.”

“Right now, we’re at a stage where we simply are identifying the needs,” says Dr. O’Shea. Through an application to the MSBA, LPS are describing the deficiencies that exist in each building. If the MSBA decides that Longmeadow’s middle schools are in great enough need, they would then invite Longmeadow to partner with them on a “core project.” “The first stage of that,” says Dr. O’Shea, “would be to conduct a study to determine what the most educationally beneficial and fiscally viable solution would be”.  The feasibility study would be extensive and conducted by a team of architects and engineers. They would examine the buildings, then help LPS decide whether to renovate one, renovate two, or rebuild the middle schools.

Although the plan of action is not yet certain and depends on the MSBA’s response, steps are being taken to improve the poor conditions of the middle schools. Williams was constructed in 1959, and Glenbrook followed eight years later in 1967. Since then, neither school has received major renovations, leaving them with the oldest systems out of any school in the district.

Williams Middle School struggles with uneven heating, lighting, and poor air quality. The plumbing, windows, and lockers are still the original ones constructed sixty years ago, and the air conditioning and roof are in need of repairs. The electrical systems are so old that they limit the amount of technology integration in classrooms, and the industrial design doesn’t allow for project-based learning, digital learning, or co-teaching. In 2015, JCJ Architecture concluded that “the pedagogy and theory of middle school education has moved beyond what the current building can accommodate”. There is no generator, no fire suppression, little emergency lighting, and Williams’ layout limits the school’s ability to lock down or secure the building.

Glenbrook Middle School is in no better shape. Seventeen out of the 34 classrooms have partial walls and no doors. Due to the lack of walls, the building cannot be segmented into locked partitions, and staff cannot be sheltered in secure spaces from internal or external threats. According to JCJ Architecture, adding walls, however, would be a challenge and not cost-effective. JCJ reported that “the process of simply adding permanent walls, defining corridors and otherwise apportioning space would require a reconfiguration of all of the building’s support systems. As most or all of these systems have reached the end of their useful life, a more effective option is to gut the systems and install completely new systems.” Other issues of Glenbrook’s layout include common spaces (such as auditorium, library, gym, cafeteria) being spread across the building and administrative offices located far from the cafeteria and auditorium. Furthermore, visitors can enter a classroom before checking into the building, posing a security threat.

In addition to the security problems that come with a lack of walls, Glenbrook’s original plumbing, electrical, and air systems are in need of complete replacement. JCJ stated in 2015 that “outdated heating and ventilation equipment do not provide thermal comfort or adequate fresh air.” The roof has not been repaired since 1998. The library receives no natural lighting, and science labs are so small that it is extremely difficult for wheelchairs to maneuver around.

In short, the needs of the middle schools exceed what can be addressed through custodial care, regular maintenance, and typical capital expenditure. “All major infrastructure systems have exceeded their life expectancy,” says JCJ, “The facilities have reached the end of their useful life.”

Starting as early as 2007, talk of a possible new middle school began. Why has the process taken so long? “We have submitted applications to the MSBA for several years now,” explains Dr. O’Shea, “but they have not yet invited us into their core program.” “The MSBA process is very competitive each year and only a certain number of projects get selected into the program,” states Mr. Mazza.  However, the MSBA has sent senior officials to visit the middle schools, meaning that they are interested and starting to understand the needs of the middle schools. “This year, East Longmeadow was selected, and they’re going to have to go through this process. Holyoke also got selected but they turned it down at the last town election,” says Mr. Wray, “When we went through with the new high school, it took us a long time, and the statements of interest (SOIs) had to be resubmitted repeatedly until they accepted and now we have a nice, new high school.”

After the Select Board approves the SOIs, the applications will be sent off to the state. Once the SOIs  reach that stage, there is nothing to do but “sit back and wait until December of 2020 and find out if we will be invited into the program to rebuild or renovate or reconstruct,” says Dr. O’Shea.

After hearing back from the MSBA in December of 2020, a feasibility study would follow in January 2021. “The study would be extensive in order to determine the best course of action, and would most likely not end until October 2021. Once that is completed, “we would hire a project manager, designer, develop contracts, which takes a significant amount of time. Then you’d spend a couple of years identifying your options and determining the scope of the project…developing budget…eventually, it needs town meeting approval,” describes Dr. O’Shea. At that point,  if we are accepted by the MSBA and go into the feasibility study, we would have to form a school building committee under the rules of the MSBA,” says Mr. Wray.

Assuming everything goes well, and the town meeting approves, Longmeadow will begin the construction phase and will open in 2027. At that time, there would be a tax impact on residents of Longmeadow. “We would be really mindful of the tax impact,” says Dr. O’Shea. “We would find the most cost-effective solution and we would be looking at a modest but very effective proposal.”

Although the process is long and not entirely certain, Longmeadow is taking steps to improve the conditions of the middle schools. “It is important to know that (the middle schools) are well cared for – our custodial and maintenance team does a great job – but the needs of the buildings go beyond what normal maintenance can achieve,” says Dr. O’Shea, “and to do nothing is not an option.” 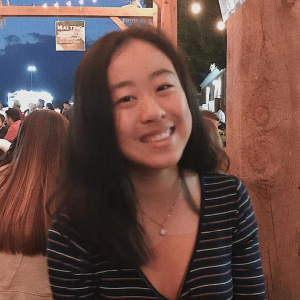 After hard work on the part of clubs and committees

“Calculus is trivial”. The phrase doesn’t even make sense. How