The opioid epidemic is a national problem, but it affects us too, in the past, we have unfortunately lost quite a few LHS alumni. For example, in 2016 in Longmeadow, there were 3 opioid-related deaths. The pharmaceutical industry is morally corrupt and has been consumed by greed. This has been an increasing issue for more than 20 years now and opioid overdoses happen daily.

The opioid epidemic refers to the alarming increase in deaths and hospitalizations due to opioids, which include prescription pills and other illicit drugs. Opioids have been a big factor in why drug overdose is the leading cause of accidental deaths in the US.

In the 1990s, the pharmaceutical industry misled doctors by reassuring the medical community that patients would not become addicted to opioids. They also downplayed addiction and overdose risks of said opioids. Evidently, that resulted in an increase in these prescriptions leading to misuse and overdose. In 2017, the astronomical number of overdose deaths involving opioids was six times higher than when it was in 1999. In 2017, more than 68% of 70,200 drug overdose deaths involved an opioid.

Some companies that were allegedly involved in the opioid epidemic are Johnson & Johnson, Teva Pharmaceutical Industries Ltd., Mallinckrodt PLC, Amneal Pharmaceuticals Inc., AmerisourceBergen Corporation and McKesson Corporation and these corporations were subpoenaed in 2019. These companies are being examined to see if they violated the Controlled Substances Law which pursues pharmacies that have failed to satisfactorily control prescription pills from reaching the black market, where people will misuse these drugs. While these are just a few examples, every company that complied with the message that opioids are not addictive contributes to this disastrous issue. 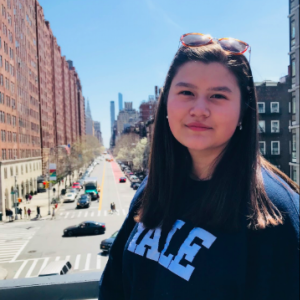 Opinion Writer
Hi, my name is Emily Sangkachand, and I am a junior at LHS. Some of my hobbies are painting, volleyball, going on picnics, traveling, and writing. I am an opinions writer for The Jet Jotter and typically write about current events.

What Does It All Mean? Economy During The Coronavirus Outbreak And How It Affects Students

This Monday phones buzzed with notifications of exchanges halting trading

Hybrid Learning Is Like A Chromebook: The Next Best Alternative

As an English teacher, this editorial has to revolve around

The Jet Jotter Asks: “What Makes You Happy?”