Initially, the question may seem unworthy of attention.  For over two-thousand years, have we not used thoughtful studies of human civilization to understand who we are, where we have been, and where we are going?  Haven’t those lacking such knowledge proven themselves “condemned to repeat” and suffer the mistakes of the past? Perhaps. But for the skeptic, the more widely and deeply held a belief, the greater the invitation to careful analysis.  And we should especially not hesitate in this case when, at first glance, the claim in question appears both intellectually sweeping and yet somehow surprisingly fruitless.

Of course, it would be absurd to challenge the idea that any knowledge of any past event lacks all meaning and utility; there is perhaps nothing that would create more chaos on our planet than to instantly convert all human beings into total amnesiacs.  Rather, we must agree that in questioning the value of history, we are taking the term in its academic sense: the processes by which we acquire information regarding significantly-influential, past human activities and the collective knowledge which results from such research.  But even this dry and admittedly ineloquent definition suggests the next step in our consideration. History would undoubtedly be meaningless if it merely entailed the accumulation of vast quantities of information which were then stored in books or computer files only to be packed-away in dusty basement archives for the remainder of humankind.  If we are to find history meaningful at all, it must be relative the lessons which it purports to convey and it is here where our evaluations of the subject diverge.

The standard argument follows these lines: History is meaningful because we can look back upon the past and discern patterns within those events.  When we understand such patterns, we can then apply them to current, similar situations so that our actions may guide us in a desirable direction. For example, if history shows us that A + B = C and our current situation necessarily entails A, let us instigate B so that we may bring about C.  Or conversely, suppose we know that X + Y = Z. We are now faced with X; let us proactively prevent Y so-as to ensure the continued absence of Z.

The counterargument is simple:  There are no such patterns. Yes, there is undoubtedly a sincere desire by many to achieve such an understanding.  Yes, we have collectively recorded a vast wealth of information about the past of our complicated species. And yes, we feel innately capable of finding useful patterns within such information.  But this evolved system of pattern-recognition (which can work quite serviceably in local and low-complexity situations) is desperately incapable at the historical scale and, to put a fine point on it, anyone who believes otherwise is engaged in a grand and misguided act of self-deception.

How are we to decide between these two opposing viewpoints?  Are the lessons of history real and valuable or merely empty illusions?  To answer, suppose we consider a similar question on more familiar territory.  Most of us have heard, after some significant upset in professional sports, various analysts and commentators explain in-detail why we should be unsurprised that such an event occurred: “Seattle plays a 3-4 defense which is uniquely susceptible to Philadelphia’s frequent split-back formations.  The shooting guards for Los Angeles always rise to the occasion on national television, etc. etc.” The natural reaction of any reasonably skeptical viewer should be, “Well, that sounds impressive. But if you know so much about the game, shouldn’t you have predicted the upset beforehand?” After all, anyone with cursory knowledge of a sport can easily invent a host of similar just-so stories, an ability which effectively renders the entire collection vacuous.

Are we not likewise entitled to make the same demand of historians?  Of what use is the ability to explain the past if it means only inventing a comprehensible narrative which concurs with the events but provides no further test of its truthfulness?  After all, given enough time and creativity, couldn’t historians create several more narratives which are significantly different from one another and yet also explain the events? And then how would we decide between such narratives?  Further evidence? It takes little imagination to incorporate new information into the elastic theories of history, especially when the authors are free to declare any counterevidence as irrelevant due to inevitable discrepancies.

The escape from such an academic quagmire, as was suggested earlier and is well-known to scientists, is the necessitation of prediction.  To all historians, we must say, “Very well.  What you have explained to me sounds very intelligent, thoughtful, and well-considered.  Would you please demonstrate this understanding of human societies by using it to predict the future of ours, given the current conditions?  After all, that is really what we are all truly concerned with.” Attempt such a request and you will most likely receive little more than a confused look and a clarification that historians understand the past and you are carelessly and forgetfully not sking about the past.  Also, there is really no need; we already have fairly extensive results of many such academic prognostications and the results are not encouraging.

Over the past several decades, the psychologist Philip Tetlock has conducted research with hundreds of geopolitical experts making tens-of-thousands of discrete predictions about future events.  One key finding is that the more an individual binds themselves to particular historical theories (the more they believe past patterns must apply to current situations), the worse they are at predicting outcomes.  Another is that even the best forecasters cannot make accurate predictions five years or further into the future at a rate any better than chance. This tells us something important about our ability to predict future events, but it also tells us that events happening right now could not have been predicted five years earlier than now.  In other words, looking to events older than five years ago will not provide any significant guidance in understanding what is happening right now. History, in any standard sense of the word, is therefore not meaningful; it simply involves societal and temporal scales too vast to be comprehended. If this is true, how should academic institutions respond?  One option would be to ignore the results and carry-on as if they didn’t exist.  This is the natural tendency of enormous bureaucracies inherently resistant to change, of which public education happens to be an excellent example.  Another would be to take what Tetlock has learned about skills which are relevant to predicting future events and to train students in developing these skills (which he has also shown is possible).  A third would be to convert history classes into action-oriented civics classes. Courses which consider the contentious social and political issues of the day may or may not be effective in creating a more thoughtful citizenry, but they would almost certainly be more engaging to the general population of students who intuit (rightfully, according to the ideas presented here) that learning the difference between Charles I and Charles II isn’t really meaningful, but learning to organize local campaigns which positively influence their community is.  After all, just because history can’t be understood doesn’t mean it can’t be changed. 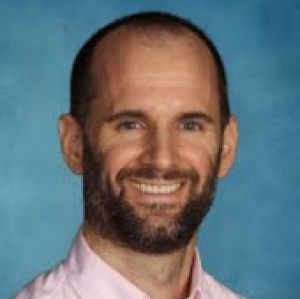 Teenagers are overloaded with school and sometimes after-school activities, sports,

Under Northampton High School lights, the Lancers finally won. The