Empower Act: Why We Should Be Able To Vote At 16

Our nation prides itself on our government’s structure, from the national, to the statewide, to the county and local levels. We have this system in place because as a large, diverse, and widespread country, we need local governments to represent the varying interests of the millions of American people. The EMPOWER Act truly embodies and further implements this value of allowing local governments to function as a reflection of their constituents’ desires. Since the EMPOWER Act only lowers the municipal voting age, it should be the municipality itself, and no one but those within that municipality, that can decide whether the municipality’s voting age will be lowered or not. In recent years, nine cities and towns in Massachusetts have not been able to enact their constituents’ desire to lower their own voting age because the state government shut them down, and that is simply unacceptable.

With this in mind, there are many reasons why 16 and 17-year-olds deserve the right to vote. In addition to the Civics Education bill that was passed last year, lowering the voting age would continue to drive the demand for more civics education in schools. Already, youth are more engaged and educated about politics than ever before. We are leading political movements, advocating for legislation, working with legislators, making change, and spreading civics knowledge through our activism and social media posts. Studies show that 16 year olds know just as much about civics as people 21 and over, and therefore deserve the right to vote.

Furthermore, 16 and 17-year-olds are able to work, pay taxes on their income, drive, join trade unions and more. We deserve to vote in local elections because more local decisions affect us when we gain these increased abilities. On many fronts we see that youth are getting overlooked and are underrepresented. We’ve seen issues that concern students, such as lack of school funding and poor school committee decisions, get overlooked when those studying in the schools cannot vote themselves.

The beauty of our democracy lies in the fact that our government is representative of its constituents, and it has only become more representative, more successful, and a more accurate reflection of the people as we have expanded suffrage in the past. We need to continue this progress and success by recognizing that since 16 and 17-year-olds are impacted by more laws than in younger ages, we deserve to have a voice in the rules that govern us.

Studies show that if we lower the voting age, it is more likely for voting to become habitual for first-time voters. We need to make voting a habit and get more people to the polls to ensure that our government best represents and serves its people. The voter turnout rate in municipal elections is extremely low, as a study done by Portland State University found that voter turnout in municipal elections was less than 15% in 10 of America’s largest cities. This is a statistic that we can raise if we allow municipalities to lower their voting ages, as we know for a fact that 16 and 17 year olds have voted at higher rates in Maryland and worldwide.

With this clear need to lower the voting age, the core of the EMPOWER Act is support of local authority and letting municipalities act on their own constituent’s desires. So, we need to pass this bill.

Last month I helped mobilize our partners across the state to come and testify in front of the Elections Committee at the State House in support of this bill. We got many students to come and speak to the committee and tell them why this bill needs to be passed and how this bill would positively impact our lives and our peers’ lives. Although we have not heard an update on the bill’s status since the hearing, I loved being able to use my voice to propel reform and hope that I can help any of you do the same whether that be in support of the EMPOWER Act or another bill that you are passionate about! You are never too young to advocate for the progression that our state and nation needs. 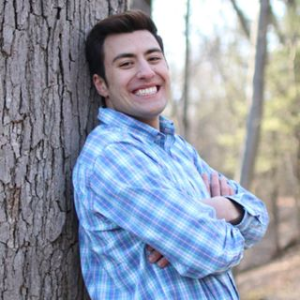 Political activist and an often opinions writer for The Jet Jotter.

Longmeadow High School was ranked #1 for “Best Places to

Where Students Get Their News: Is Social Media an Accurate News Source?

On Tuesday, October 12th, a survey was conducted during third

An upcoming Engineering And Sustainable Energy Course will be available

Ms. Vassilopoulos: What was your favorite thing about teaching at