After an extended intermission, the Longmeadow High Drama Club is ready to swing right back into song and dance with a winter production of Mamma Mia!

Prepping for a musical means long hours at rehearsals, contending with Tech Week (or as it’s more informally known within the club – ‘hell week’), and the rigors of memorizing lines, songs, and the choreography to every dance. What makes the time and dedication worth it?

For Ms. Sandra Macdonald, who’s been advising the club for eight years, “it’s joy”. Specifically, the joy of seeing every hour of rehearsal come together. Ms. Julie Betancourt, an advisor for nine years, echoed her sentiments, saying that the rewarding part of the experience was seeing “how happy they [the students] are and how accomplished they feel”. “And,” Ms. Betancourt further said, “that’s simply why we keep coming back.”
To Chloe Flack, who will be portraying Sophie Sheridan, the best part of working on the production is “the community.” The group has become good friends and Flack says that it “truly has been a privilege,” to connect and become familiar with the other members of the cast. The other half of the mother-sister duo that is at the center of the musical’s story, Donna Sheridan, will be played by MaryKate Quinlan. “Being a lead is a lot of work, but a ton of fun!” she said, and also shared that one of her favorite numbers from the musical was ‘Dancing Queen’.

Speaking of dancing, this year’s choice will be the club’s third foray into the world of musicals and the cast is hard at work rehearsing for production dates of December 3 – 4. Mamma Mia! was chosen by the club over their second contender, Just Chill, both for its notoriety and for the upbeat tone it presents.

The Drama Club was nearly midway through rehearsals for Into The Woods last year when the COVID pandemic pressed pause on both school and the theatre. The show wasn’t able to go on last year despite the club’s best efforts, but the advisors are certain that there’s “something special about this [production]”, as Mrs. Macdonald said. LHS will be following in many footsteps as it tackles this musical, but “raw talent” , “focus, their [the cast’s] dedication, and their enthusiasm” and the cast’s ability to “get things done”  are going to make this production a standout, according to Ms. Betancourt.

Rounding out the leads of the cast, aside from Quinlan and Flack, are Senior Class President Jonah Baressi as Sam Carmichael, Nicholas Christoforakis as Harry Bright, Chris Cummings as Bill Austin, Hannah Rosenman as Tanya Cresham-Leigh, and Sophomore Vice President Cecelia Allentuck as Rosie Mulligan. Also featured on stage will be Lily Girard as Ali, Kirsten Zamirowski as Lisa, Luke Liang as Sky, Brady Russell as Pepper, Audrey Chasen as Eddie, Nora MacDonnell as Father Alexandrios, as well as the varied voices of the chorus. All choreography is being done by Tina Nguyen.

So, when tickets open up later this winter, what should any theatre fan do? “Come out”, said both Drama Club advisors. Ms. Macdonald promises that those who do “will not be disappointed.” 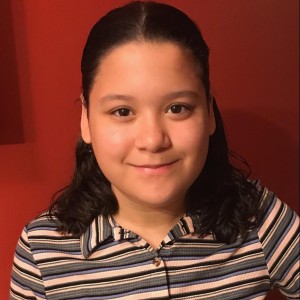 Features Editor
Hi! My name is Liliana Hogan, and I'm a member of the class of 2023. This year, I'm the JJ's Features Editor. I enjoy writing, having fun with friends, and coffee.