Robert Barkett, known as “Bobby” by many in the town community, is one of the many responsible for the top-notch building we have the privilege of attending.  Mr. Barkett grew up in Longmeadow and graduated from LHS in 1983. He then went to Springfield College, and also began to work for the family business, White Hut. “It helped me put myself through school,” says Mr. Barkett.  After college, Mr. Barkett notes that he, “really wanted to be back in Longmeadow permanently with my kids because of the school system and how beautiful a community it really is.” Currently, he owns The Kitchen in Longmeadow, a family restaurant at the Williams Street Plaza.

Mr. Barkett’s history in local politics extends back to 2004.  He served on the School Committee for four years, the Select Board for three years, and as a co-chair on the School Building Committee.  “When I got on the School Committee, the School Department had already engaged in a facility study with an architectural firm to get a real idea of what the condition of the high school really was. I took over as the co-chair of the facility improvement committee because I was working for a maintenance company and I understood the language,” says Mr. Barkett.  The findings from the facility improvement committee were conclusive: the high school was significantly out of code. It was not meeting Americans with Disabilities Act requirements, meaning that it was not handicap compliant. There was asbestos all over the building, which would have to be remediated and cause shutdowns in those sections of the building. The building also did not meet seismic codes, which are designed to protect property and life in the event of an earthquake.

“It also wasn’t meeting current programming.The initial buildout was in the 50s, the second buildout was in the 60s, and the last buildout was in the 70s…Back in the 50s and 60s, it was only mathematics, English, a foreign language, history, social sciences, science, and there was also a vocational aspect,” says Mr. Barkett.  The committee decided to petition the state to try and get a new or renovated building. However, a roadblock soon emerged: “The Massachusetts School Building Authority ceased all funding to all new buildings and they shifted that department out of the Department of Education to the Department of Finance…It was a totally different paradigm on how they were going to finance schools,” says Mr. Barkett.  The shift resulted in a two-year moratorium, during which the committee submitted three statements of interest: one for the high school, and two for each of the middle schools. However, due to this moratorium, “There were so many statements of interest going into that time. Every single town that had multiple statements of interest were asked to just pick one. At that time, Longmeadow’s accreditation was in jeopardy. We were on warning status by the accreditation group. We selected the one that was most important: the high school.”

“Once those statements of interest go, every single town that submits one has a visit from the state. They send out a small group and they take your statement of interest and they compare it against what they are seeing in reality. Longmeadow was selected to move forward in that process,” says Mr. Barkett. Once the town approved the feasibility study, it was in the hands of the Longmeadow community.  “It required a vote at a special town meeting…and also a vote at the polls. We won a 90-10 split at the town meeting, and a 60-40 split at the ballot. It was a tremendous win for Longmeadow, and now you can see the fruit of our labor. The building is beautiful, and it meets the programming, which is really important.” Students walked into the building for the first time in February of 2012. According to Mr. Barkett, the state considers LHS a model school, one in which other districts can express interest during the petitioning process with the state.

In regard to the process as a whole, Mr. Barkett reflects that, “When you’re talking about plans, everything is two-dimensional. You’re trying to imagine how everything is going to look like, how the kids are going to walk around, how the teachers are going to interact. It’s all in the future.  As you see it come together and the students are actually able to walk around the building and use it, it’s just outstanding.” Mr. Barkett says that, “It took twelve years, I was involved in those twelve years, from the beginning with the facility study all the way to final commissioning.” Overall, he finds it rewarding to give back to the town in which he grew up.  Though he no longer serves in town politics, he is still very active in the Longmeadow community. “I try to be involved as much as possible, and support the school system, sports teams, and other nonprofits,” he says. “It was a privilege to serve in that capacity,” says Mr. Barkett. 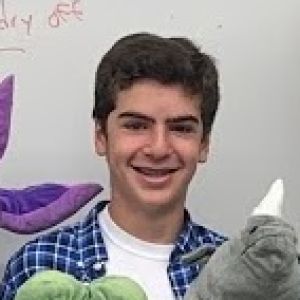 Empower Act: Why We Should Be Able To Vote At 16